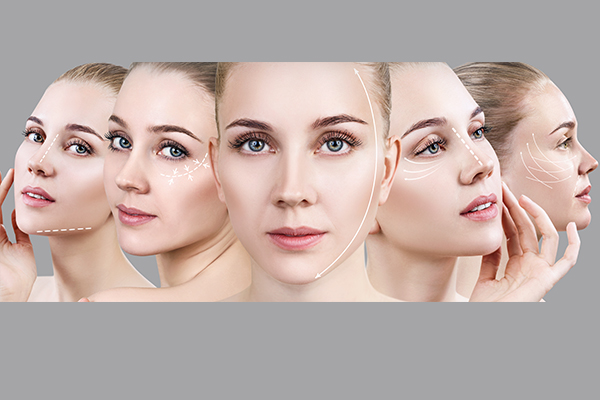 The Benefits of PDO Thread Lifts

If you’ve ever wondered about PDO Thread lifts, you’ve come to the right place. Whether you saw PDO thread lifts mentioned in Marie Claire, and you’re starting to wonder what they’re all about, or you’re just genuinely curious, we’ve got you covered. This minimally invasive, in-office procedure gives near-immediate results.

Unlike a conventional facelift, it requires no surgical cutting. It also provides a safer method of lifting the skin, which reduces recovery time and costs. It results in less scarring, too. Although different from a traditional facelift, it provides significantly better results than facelift creams.

In thread lift surgery, also referred to as feather lift surgery, the surgeon inserts fine threads or surgical sutures beneath the skin’s surface. These threads add lift and support to sagging skin. While it does work, it’s essential to acknowledge that you will not obtain the radical results of a standard rhytidectomy or a complete facelift.

It does not last as long as some other treatments. About one-third of patients needed revisional surgery after about nine months. Also, some individuals opt to have the threads removed rather than revise the treatment. However, about 42 percent of patients returned for a second procedure about eight and half months after their initial session.

Differences Between a Thread Lift and Other Treatments

Both thread lifts and facelifts reduce some aging signs such as wrinkles and sagging skin. The thread lift offers a few key advantages, though, including:

A few complications do exist for thread lifts. You can experience swelling and bruising after the appointment, and it’s vital to follow up with your doctor if this does not subside in a few days. In some cases, the surgical area can become infected after surgery, typically occurring within one to six weeks following the thread insertion appointment. You will see swollen or red spots and may experience a fever. Your doctor can prescribe you an antibiotic to clear up this infection.

If the thread breaks inside the skin, it can cause temporary disfigurement until you visit the doctor to have it replaced or repositioned. You can avoid this problem by attending all post-procedure appointments. A too-tight thread can cause the skin to ripple, which is usually self-resolved in days. Also, if placed too near the surface, you can develop lumps under the skin. In these circumstances, the doctor must properly tuck the threads back into the skin to ensure no infection develops.

You can easily reduce all of these potential risks by using an experienced doctor who has done the procedure multiple times before. One category of risk that cannot change is that thread lifts can scar those prone to hypertrophic or keloidal scarring.

If you want to rid yourself of forehead lines for up to nine months but do not want to undergo injections, we highly recommend this treatment. It’s a viable alternative to the traditional facelift and is easy to plan and undergo.

How Often Do You Need A Chemical Peel?

Dos And Don’ts Of A Post-Botox Treatment

Everything You Should Know About Injectables

This website uses cookies to improve your experience while you navigate through the website. Out of these, the cookies that are categorized as necessary are stored on your browser as they are essential for the working of basic functionalities of the website. We also use third-party cookies that help us analyze and understand how you use this website. These cookies will be stored in your browser only with your consent. You also have the option to opt-out of these cookies. But opting out of some of these cookies may affect your browsing experience.
Necessary Always Enabled
Necessary cookies are absolutely essential for the website to function properly. This category only includes cookies that ensures basic functionalities and security features of the website. These cookies do not store any personal information.
Non-necessary
Any cookies that may not be particularly necessary for the website to function and is used specifically to collect user personal data via analytics, ads, other embedded contents are termed as non-necessary cookies. It is mandatory to procure user consent prior to running these cookies on your website.
SAVE & ACCEPT
Skip to content