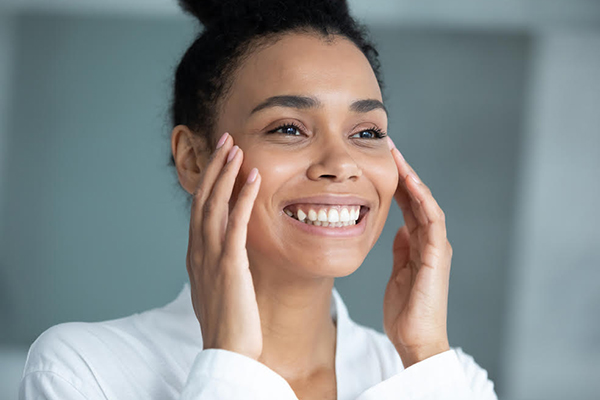 The people who have just received chemical peels might have to be a bit more careful with their skin in general, at least for a brief period. However, many of these patients already practice excellent skincare habits, which should make it easier for them to be careful as their skin recovers.

People who have received chemical peels and similar cosmetic treatments more casually might find the recovery period more difficult. Of course, the people who aren’t used to these sorts of procedures might not mind making a few behavioral adjustments temporarily since they don’t get these kinds of treatments all that often. Individuals who sometimes struggle with specific skincare habits might find these recovery periods valuable since they’ll have more of an incentive to develop new habits.

Scratching the Skin Will Cause New Problems

People should usually try to avoid picking their skin in general. They’ll be introducing new types of bacteria to the surface of their skin. While the skin naturally has plenty of bacteria as it is, the bacteria on a person’s fingernails will be different, and it might be more harmful. Some people will give themselves minor scars this way, especially if they’re picking at wounded areas. Infected skin can become permanently altered, especially if it has been that way for a while.

However, it’s even more important for people to avoid this bad skincare habit if they have just received chemical peels. Their skin is in the process of regenerating a healthier complexion. Disturbing the skin at this point will interfere with the process and cause additional forms of damage.

The Skin Shouldn’t be Pulled

Pulling at the skin can be just as negative, especially for the people who are constantly tugging at their faces. The new skin is forming, and pulling at the skin will only cause issues with that process. Individuals who feel compelled to do so might be nervous, and they might be trying to manage stress. Trying to find new stress management techniques at this point could help them in a lot of ways.

Some people might have itchy skin after the chemical peel, which can be a difficult problem to deal with. It’s hard for most people to stay away from an itch, especially if it’s a significant one.

While people need to avoid disturbing their skin too much after receiving chemical peels, minor amounts of safe moisturizers can still help them. These moisturizers will make the skin much less itchy. Scratching the skin will still be worse at this point than moisturizing it, so people can use a mild moisturizer to help address any issues with dry and irritated skin.

Avoiding the Sun is Particularly Important

Most people who are careful about skincare will already wear sunscreen regularly and try to protect their skin from direct sunlight forms. However, it’s especially important to do that just after a skin chemical peel has taken place.

The skin will be much more vulnerable during this time. It will be less resistant to the sun in the first place. The sun will be more likely to damage the skin, accelerating the aging process or potentially causing a minor sunburn. The people who stay indoors more frequently during this process will get better results, although wearing a gentle sunscreen form could be enough.

All of the Flawless Skin Center professionals will help people care for their skin before they receive their chemical peels and afterward. The chemical peels themselves will be much more successful.

How Often Do You Need A Chemical Peel?

Dos And Don’ts Of A Post-Botox Treatment

Everything You Should Know About Injectables

This website uses cookies to improve your experience while you navigate through the website. Out of these, the cookies that are categorized as necessary are stored on your browser as they are essential for the working of basic functionalities of the website. We also use third-party cookies that help us analyze and understand how you use this website. These cookies will be stored in your browser only with your consent. You also have the option to opt-out of these cookies. But opting out of some of these cookies may affect your browsing experience.
Necessary Always Enabled
Necessary cookies are absolutely essential for the website to function properly. This category only includes cookies that ensures basic functionalities and security features of the website. These cookies do not store any personal information.
Non-necessary
Any cookies that may not be particularly necessary for the website to function and is used specifically to collect user personal data via analytics, ads, other embedded contents are termed as non-necessary cookies. It is mandatory to procure user consent prior to running these cookies on your website.
SAVE & ACCEPT
Skip to content